The State Republican Executive Committee is comprised of representatives (one man and one woman) from each of the Texas Senatorial Districts. This committee, then, conducts the business of the Republican Party of Texas in their quarterly meetings, held in various locations throughout the state for the convenience of the members, with the Chairman of the RPT Matt Rinaldi presiding.

These men and women are elected at the State Republican Convention every other year for a two-year term. They actively solicit input from their constituents, to help them as they make the decisions which come before the SREC. Their principal focus is to support and defend the Republican Platform, giving guidance and encouragement to our Republican legislators and other elected officials all across Texas. 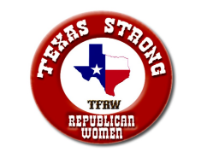